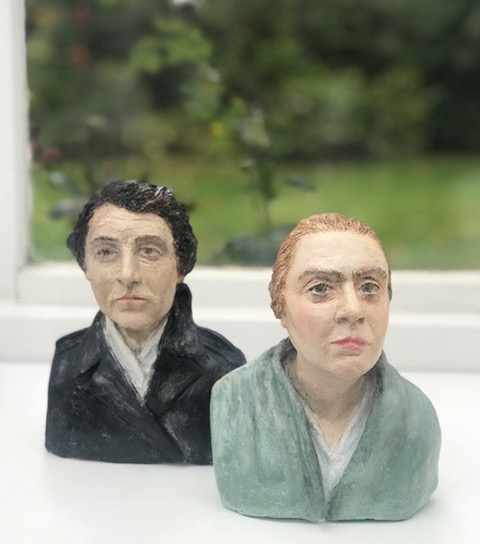 They met in Paris at Adrienne Monnier’s bookstore “La Maison des Amis des Livres”. From that day on they never left each other, thanks to Monnier experience, in 1919, Sylvia Beach opened her own bookstore and called it Shakespeare and Company. She introduced English and American authors to the French. TS Elliot, James Joyce, Chaucer, Shakespeare, Hemingway, Poets, Writers, Painters, American, English, French met in her bookstore. It became the mecca of the cultural and intellectual life in Paris.