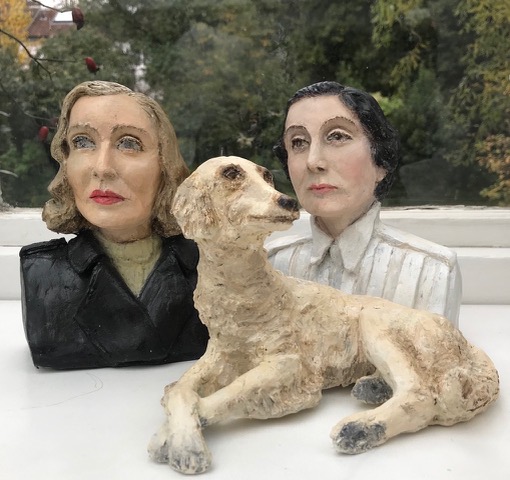 Greta Garbo born in Sweden became a star of the silent movie at the age of 19. She moved to the States to pursue her career and from the next 10 years, alongside Charlie Chaplin she became the most famous star in the world. She was one of Hollywood’s most glamorous and enigmatic actress, always reluctant to reveal anything about her private life. She started a romantic/turned friendly relationship with Mercedes de Acosta which was to last 30 years during which they exchange a hundred of letters. Garbo felt oppressed by de Acosta and eventually refused to carry on seeing her in fear of being outed as a lesbian. She wrote to her those famous words “I want to be alone”. De Acosta was an American playwright and poet. She was married to the portrait/painter Abram Poole while carrying on having affairs with famous women, Marlene Dietrich, Isadora Duncan, Eva Le Gallienne, Greta Garbo. At that time in The States many lesbian relationships couldn’t be lived out openly. This was frustrating de Acosta a great deal. She refused to hide her desires. Her openness and uncompromising expression of her sexuality did affect her carrier and her relationships.