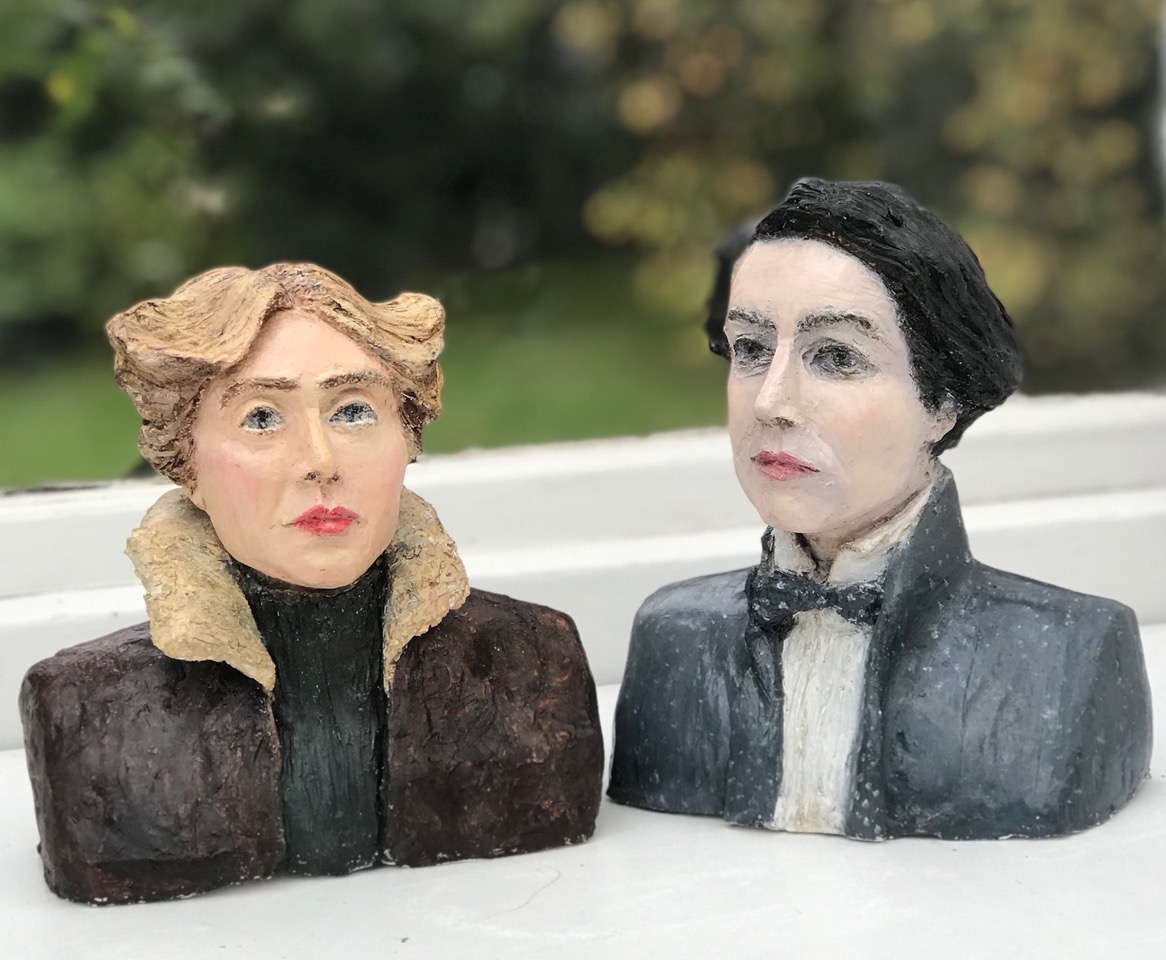 Natalie Clifford Barney was an American playwright, poet and novelist. She was best known for hosting a literary salon on the Left Bank of Paris after World War 1, this for more than 60 years. There, writers and artists from around the world were to meet. Gertrude Stein, Hemingway, Picasso, Gluck, Troubridge and many more. She was openly lesbian and published her poems to women as early as 1900. In 1916, she started a relationship with American artist Romaine Brooks which was to last 50 years. Many women who appeared in Brooks’s paintings were visitors of the Salon. The paintings mostly in a subdued tonal palette of gray form an impressive oeuvre of portraits of lesbians of that time.